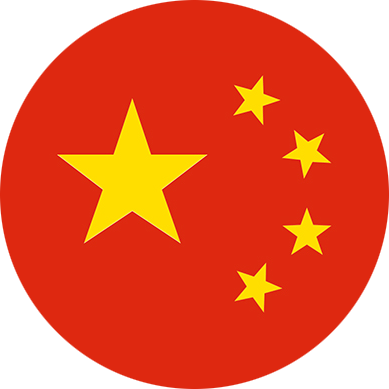 How a High Court ruling might change the face of Family Law in Australia for Prenuptial or financial agreements.

The following article is based on a judgment in the High Court in the past week, THRONE v KENNEDY.

The case involves an Eastern European Woman who married an Australian Millionaire, who was leaving her with a measly sum upon separation. The woman was complaining about the issue to her hairdresser one day, when a helping neighbour conveyed a reference to a lawyer. This case highlights the importance of seeking Family Law advice and ensuring that all requirements of the Family Law Act are complied with before entering into financial agreements.

Ms Throne is an alias, used to protect the appellant’s identity.

How did the couple meet?

The couple met on a website for potential brides. The 67-year-old Australian property developer named Mr Kennedy, also an alias, befriended Ms Throne and travelled half the way across the globe to meet her. Mr Kennedy brought Ms Throne to Australia and arranged a marriage, including 100 guests.

What happened before the marriage?

Just four days before the marriage, giving no further details, Mr Kennedy asked Ms Throne to sign a piece of paper. When Ms Throne looked at the paper, she suspected restrictions. However, Mr Kennedy insisted Ms Throne to sign it, or he would call off the wedding. Despite being uncertain, she signed the paper, which stated that after three years, either of the party could terminate the relationship and Mr Kennedy would give Ms Throne $50,000, even after Mr Kennedy’s worth was between $18 million to $25million.

What happened after the marriage?

About a month later, Ms Thorne received legal advice that she should not have entered into an agreement made pursuant to s90C of the Family Law Act 1975 (Cth).

Their marriage was going quite well, and then one day, Mr Kennedy handed Ms Throne a notice of termination of the relationship and asked her to leave.

Ms Throne commenced proceedings in the Federal Circuit Court seeking to set aside the financial agreement. During the proceedings Mr Kennedy passed away.

The Judge ruled the agreements were invalid and were unenforceable, which led to Ms Throne’s victory in the Court.

Many family lawyers across Australia have stated that it will be difficult to enforce prenuptial agreements. The Court has recognised that there will never be an instance where the partners have equal bargaining power in the relationship. The Court has also added that the commercial aspect of the contract law cannot regulate the financial matter of the partners in an intimate relationship. The principles of equity apply.

Can a Financial Agreement still be binding?

For a Financial agreement to be binding and enforceable by the Court, legal advice is necessary. The financial agreements not only need to be carefully drafted but they need to be carefully considered by both parties. If a party is in a position where they are put under pressure by the other party who is financially in a superior position and/or where their predicament is taken advantage of by the other party, to the effect that they feel not able to operate of their own free will, a financial agreement may not be enforceable.

The parties also need to follow the legal advice they receive about the agreement; they need to show that they had time to at least reflect without undue influence or pressure on that advice. Full financial disclosure by both parties would also be required. The critical element is that there should not be any form of emotional duress or undue influence faced by either party or any unconscionable conduct by the party seeking to uphold the financial agreement.

When financial agreements are binding

According to the legislation, a financial agreement is binding on the parties to the agreement if, and only if:

(a)  the agreement is signed by all parties; and

(c)  either before or after signing the agreement, each spouse party was provided with a signed statement by the legal practitioner stating that the advice referred to in paragraph (b) was provided to that party (whether or not the statement is annexed to the agreement); and

(e)  a Court is satisfied that it would be unjust and inequitable if the agreement were not binding on the spouse parties to the agreement (disregarding any changes in circumstances from the time the agreement was made).

Setting aside a Financial Agreement

There are certain circumstances in which the Court may set aside a Financial Agreement under section 90K of the Act, including but not limited to the Court being satisfied that:

(a) There was fraud involved in the making of the agreement, including material non-disclosure (i.e. failure to disclose the existence of an asset or the true value of an asset);

(b) The agreement being void, voidable or unenforceable (i.e. the agreement was not prepared properly in breach of the legislation);

(c) Circumstances have arisen since the agreement was made which make it impossible or impracticable for the agreement to be carried out;

(d) Since the making of the agreement, a material change in circumstances has occurred that was not dealt with or foreshadowed in the agreement (for example, relating to the care, welfare and development of a child of the marriage) and as a result of the change, either party will suffer hardship if the Court does not set the agreement aside; or

(e) Either party’s conduct in the making of the agreement was, in all the circumstances unconscionable (i.e. when a stronger party exerts the use of the Other Party’s special disadvantage).

At MistryFallahi Lawyers & Business Advisors, our lawyers help you navigate the complexities of family law. To ensure that the step you wish to take is just, please feel to contact us to assist you in understanding and preparing the action plan to get the best solution out of your problem.

Please contact our legal team to discuss your family law related questions and how we can help you and your team on +61 2 8094 1247 or email us at enquiries@mistryfallahi.com.au.